A little about the Japanese night bus.

What is the night bus?
How long does it take to travel by bus?
Where are the bus stops located?
Things you can do using kosokubus.com.
Popular bus
Search for night buses acrosss Japan.

What is a night bus?

Do you know about Japanese night buses?
Night buses depart in the evening and arrive at their destination in the morning.
In Japan night buses are a fundamental means of domestic travel.

There are many different routes with varying travel times.
From highway buses that can transport you over long distances from Tokyo to Osaka and shuttle buses that run in the middle of the night from Narita Airport to Tokyo, etc
The reasons that they they are so popular are their cheap prices and their time effectiveness.
There are other methods of transport such as the bus, train and aeroplane. However, the cheapest of them all is the highway bus.
You can make use of your time wisely by travelling to your destination while you sleep.
It's not just the Japanese that use night buses, an increasing number of visitors to Japan have been making use of them too.

Compare other transport options with our simple table.

How long does it take to travel by bus?

Night buses mainly depart from between 19:00 - 00:00 in the evening and have arrival times between 05:00 - 08:00 in the morning.
For example, travelling between Tokyo and Osaka will take between 6-8 hours.
The travel time obviously depends on the travel distance; the bus from Narita to Tokyo takes approximately 1 hour and 30 minutes.

Where are the bus stops located?

There are buses departing and arriving from stops in Tokyo, Shinjuku, Ikebukuro station vicinity, airports, hotel fronts, onsen areas, sightseeing spots, Disneyland and other theme parks.
In Tokyo alone there are close to 160 bus stops from which you can get to anywhere in Japan.
There are normally some boarding and disembarking locations to choose from when you make your booking. 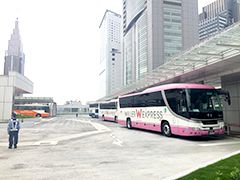 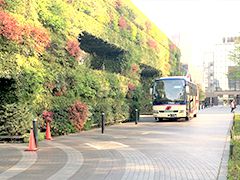 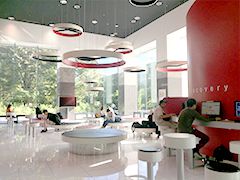 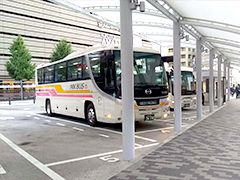 Things you can do using kosokubus.com

At kosokubus.com we have buses available that travel all over Japan.
You can even compare the prices and book buses from Willer Express, Keisei Bus, Odakyu, and many other bus companies.
Tickets are sent to you by email after making a reservation which takes the hassle out of collecting paper tickets.